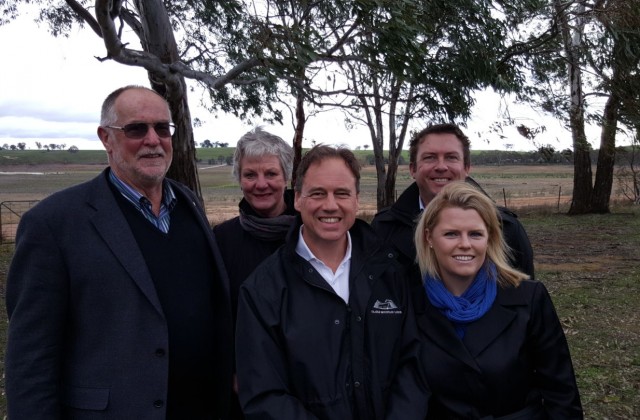 National Landcare Network Chair Terry Hubbard OAM met today with Environment Minister Greg Hunt as the Minister announced the continuation of funding for community Landcare for the next two years. The National Landcare Network (NLN) and its member organisations, the Landcare peak bodies from each state and territory, will together receive $1m per year until 2018 to continue their work supporting grass roots Landcare across the country.

Mr Hubbard said, ‘The NLN is delighted that Minister Hunt has made this commitment to Landcare ahead of the election in July. Commonwealth Government investment has over recent years enabled the establishment of new Landcare representative bodies in those states and territories which did not previously have them, and strengthened capacity where they were already in place. We are especially pleased that Minister Hunt has announced two years of funding, as this will give our members more certainty in planning for the future which will in turn make them more able to service the Landcare groups and networks they represent.’

Volunteer Landcarers spend hundreds of thousands of hours each year working to protect Australia’s unique species and habitats, and enhance our productive lands. The value of their contribution is incalculable, the state of our natural environments would be much poorer if it weren’t for their efforts. At a time when the effects of inappropriate land management and climate variability are becoming painfully apparent through the coral bleaching events on the Great Barrier Reef, Landcare is an important part of the approach to tackle these challenges. The government’s continued assistance will help us to ensure that Landcarers continue to receive the support their need to carry out their critical work.