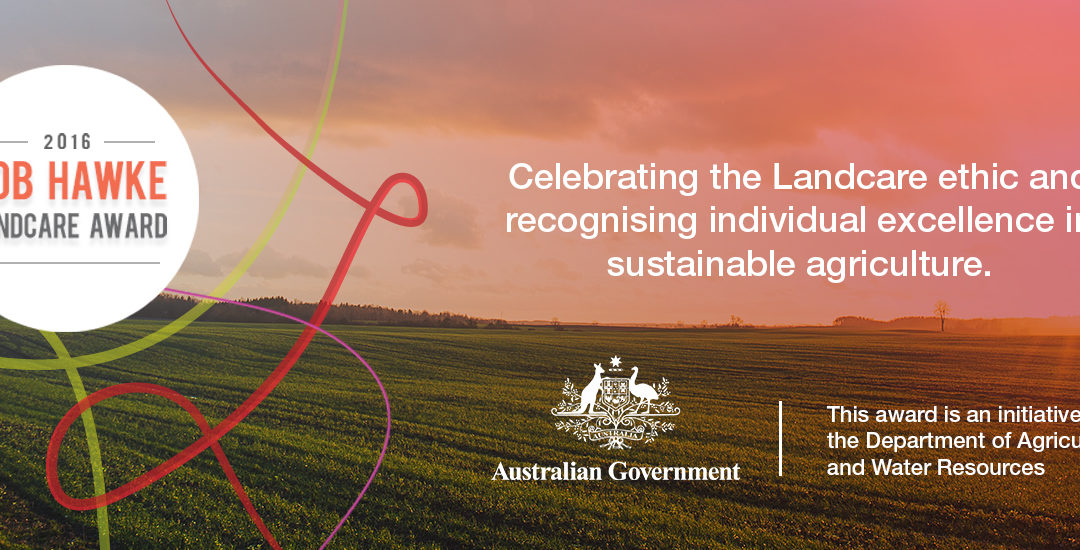 The Bob Hawke Landcare Award acknowledges an individual who has demonstrated a remarkable commitment to caring for the land; champions better practices; and gives their time to share knowledge with others so that they too can prosper.

In 2014 the Bob Hawke Landcare Awards was presented to Colin Seis, who is known as the pioneer of ‘Pasture Cropping’. Colin has fine–tuned and improved the technique on Winona, his 2000 acre property in the central tablelands of NSW.

In 2012 the first Bob Hawke Landcare Award was presented to Lynne Strong of Jamberoo, New South Wales who was recognised for her commitment, passion and leadership in sustainable agriculture through her award-winning dairy enterprise, Clover Hill Dairies.